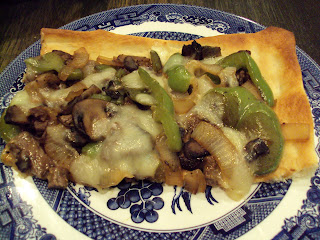 This past Sunday, we looked at the lives of Jonah and Joseph, as Brother Ken continued the sermon series on waiting for God. Both of these men spent some time in unique “waiting rooms.”

The Bible tells us that “…the LORD provided a great fish to swallow Jonah, and Jonah was inside the fish three days and three nights.” (Jonah 1:17) Joseph’s story is told in Genesis, chapters 37-50. There we learn that Joseph spent over two years in an Egyptian prison, falsely accused.

One interesting thing to me is that both of these fellows found themselves in trouble due to their pride. Jonah was prejudice and self-absorbed, constantly complaining and not wanting to bring the Lord’s message of repentance to the Ninevehites. Unfortunately, Joseph, too, suffered from a pretty good case of self-admiration, sporting around in that colorful coat of his, while sharing his dreams of having lordship over his brothers, and even his father!

My friend Heather shared this quote from Pam Davies on her blog last week: "Our feelings can sometimes be tyrants... We need to listen to God and stop listening to ourselves!" This hit home with me. I once heard Reverend Adrian Rogers say that at the root of all sin is pride. I’ve thought on it, even looking for a time when this statement proved incorrect, and I’ve yet to find one single incidence, where pride isn't rearing its ugly head when we sin. When we choose to disobey the Lord's commands, we are saying - “I know better than God.” And that is pride.

Jonah and Joseph had a little maturing to do before God could really use them in the manner He had planned. They were put into “waiting rooms” to marinate. To grow. To learn to fully depend on God. To "get over themselves." To be prepared for His service. They would both go on to be instrumental in the rescue of the nations, where God placed them.

I don’t like to wait, especially if it's a situation where I'm having to keep my feelings in check. This seems even more difficult now that I’ve hit middle-age, and my hormones are “doin’ crazy things.” Small offenses seem like major injustices. A thoughtless word cuts like a knife. A tiny slight feels like a slap in the face. At the center of such emotions - pride.

The truth is, I’ll never learn to wait well, or to act in a Christ-like manner in difficult situations, as long as I pridefully depend on my own strength to do so. How wonderful it is to know that God is there with me, in my own "waiting room," just as He was with Jonah and Joseph, helping me to "get over myself" and to surrender completely to His will for my life. What a merciful and gracious Lord we serve!

Well, I decided to put my steak in to marinate early this morning. It would have been good if I had allowed it to marinate a few minutes, but it was "extra good" having marinated all day. Waiting can be very good, not only for people, but food, too! Piggly Wiggly keeps stir-fry meat cut and packed on a regular basis, making this dish very easy and quick to prepare. We all really liked this! We did think doubling the cheese would make it better, but wouldn't doubling the cheese make most things better?! I think we will add this one to our pizza rotation!

Toss meat with Dale’s Steak Seasoning and marinate for a bit, if time allows.

Pat crust into pan and bake until lightly browned.

While crust is baking, Place olive oil in a large skillet and heat on medium-high heat; add onion, green pepper, and mushrooms; saute about 15 minutes or until onion is brown. Add garlic and saute one minute. Remove mixture from skillet; set aside. Add steak to skillet and cook over medium-high heat 2 to 3 minutes or until meat is no longer pink.
Brush baked crust with olive oil. Top with meat, sautéed veggies and provolone cheese.
Return to oven long enough to melt cheese.

Email ThisBlogThis!Share to TwitterShare to FacebookShare to Pinterest
Labels: Pizza