Larry and I had a real treat Monday night! We got to attend the Link Centre fundraiser featuring Chef Robert St. John, and artist, Wyatt Waters. Floral designer, Tracy Proctor, was also on hand to teach attendees how to make easy, yet beautiful, centerpieces.

The program was entertaining and the food was delicious. Wyatt painted a beautiful, and very fitting, watercolor for his Tupelo audience. The painting’s composition included a small Elvis statue, a jar of Jif and a bunch of bananas - a tribute to Elvis’s love of a good ole fried peanut butter and banana sandwich. Wyatt titled his piece, “Fit for a King.” At the end of the evening, the piece was auctioned, with all proceeds going to the Link Center.


Robert infused entertaining stories throughout his cooking demonstration. The meal was absolutely wonderful! It began with a bowl of warm and cheesy Baked Potato Soup. The dinner plate held our entrée, Chicken Jambalaya, along with two sides, Broiled Asparagus with Dill Mayonnaise, and Zucchini-Squash Casserole. The meal ended with a delightful dish of old-fashioned Banana Pudding. The recipes were included in the event’s program. I hope to be able to share them in the coming days.

Robert and Wyatt have collaborated on two books, A Southern Palate and Southern Seasonings. Both have numerous individual books, as well. Leigh Ann and Brendan give me a Wyatt Waters calendar almost every Christmas. They also gave me a signed copy of A Southern Palate several years back. It is a beautiful book, filled with Robert’s tasty recipes and Wyatt’s gorgeous paintings. I bought Robert’s Deep South Staples at Square Books in Oxford as soon as it was available. I love this cookbook! It contains recipes for true Southern cuisine, prepared the way it really should be. There’s not a single recipe that calls for a can of cream of mushroom soup!

One of the highlights of the evening was Robert’s reading from his book, Deep South Parties, about the theory of being able to tell a Christian’s denomination by the ingredients in his church’s punch recipe. It was hilarious!

After the program, Larry bought me a copy of Robert and Wyatt’s second book, Southern Seasonings. Both stayed to sign books and visit with the audience following their demonstrations. It was a delight to get to meet and talk with these very friendly and gracious gentlemen, whose work we have had the pleasure of enjoying over the years.

There are many of my momma’s recipes that I wish I had asked her for before she went to be with the Lord. Fortunately, I have her directions for making Banana Pudding! Larry gets the credit for me having asked Momma for it.

Banana Pudding was my daddy’s favorite dessert for Momma to make. Larry loved it, too! I remember, as a new bride, wanting to make banana pudding for my banana-pudding-loving husband, just like my momma made it for my daddy. For a wedding gift, someone had given me a cookbook which contained a recipe for Easy Banana Pudding. Not having a clue how to make “real” banana pudding, I decided to make this short-cut, Cool Whip-and-Jell-O Pudding version of this Southern delicacy. Because his mother had “raised him right”, Larry ate my pudding and said it was delicious. A few weeks later though, he asked me to make another banana pudding, but this time he said he’d like one “like your momma makes”. Well, y’all know what a twenty-one-year-old, pride-filled new bride had to do. I said, “Sure, Honey!” And, as soon as he left for work, I called Momma! Of course, it was one of those recipes that she “just made off the top of her head.” Bless her heart, it took her a few minutes to figure out how to tell her struggling-cook-of-a-daughter how to do it. We finally got her recipe into a written version, and my very first homemade Banana Pudding was a success! I've not made the Cool Whip-and-Jell-O Pudding version since!

Several years back, I submitted this recipe to our church’s Sesquicentennial (150th) Cookbook. I’ve had many people tell me how much they like this recipe! I hope you will, too!! It really is good!!! 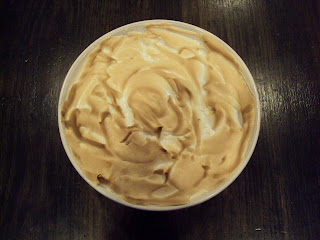 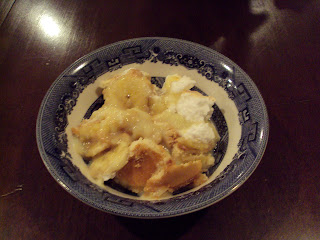 Beat 3 egg yolks with a little water and 2 t. vanilla. Add egg mixture to sauce pan mixture. Cook over medium heat until thick (Be careful not to let it become too thick.)

Line bottom of dish with vanilla wafers. Slice two bananas on top of cookies, and top with half of the cooked pudding. Top with another layer of cookies, bananas and pudding.

Beat egg whites until stiff and add ½ cup sugar. Spread on top of pudding and brown in oven.

Note from Connie: If you don't like meringue, reserve a few vanilla wafers. Crush wafers and sprinkle on top of pudding for a garnish.