It's the Real Thing - Coca-Cola Cake

I love most of Coke's television commercials. I know I'm showing my age, but the first one I can remember is the one with all the seventies “flower children” holding hands and wanting to teach the world to sing in perfect harmony. If I recall correctly, they also wanted to buy us all a Coke. I never learned to sing harmony very well, but I certainly consumed my share of that deliciously sweet, brown liquid. Every Friday, if our budget allowed, Momma bought one those big paper cartons of Cokes - the kind that held six quart-sized bottles of Coca-Cola. It was rationed to last all week.


Momma and I were big Pittsburgh Steelers fans back in those days, too. It was during their heyday, when Terry Bradshaw and Lynn Swann dominated! Now, that was some football! Being a Steelers fan, my favorite Coke commercial had to be the one where Mean Joe Green tossed his football jersey to the little kid, as he (Mean Joe) headed to the locker room. Commercials were so much better back then, weren’t they?

Coca Cola was invented in 1886 by Doctor John Pemberton, a pharmacist from Atlanta, Georgia. On May 8, 1886, the soft drink was sold to the public for the first time at the soda fountain in Jacob's Pharmacy in Atlanta. It was a hit, and the affection for this beverage spread across the country. Coke drinkers continued to enjoy their carbonated beverages for several generations at local soda fountains, which were often housed in drug stores. Larry has a lot of fond memories of the old drug store soda fountain here in Pontotoc. Wouldn’t it be nice to still have one in town? Unfortunately, these relics are far-and-few between these days.

Reportedly, Coke was bottled and sold for the first time in 1894 in a candy store in Vicksburg, Mississippi. We Mississippians have always been an ingenious lot! ;) The "bottling thing" quickly caught on, and the world has never been the same!

If you are in Atlanta, be sure to visit the World of Coke. My kids think it the best place on earth! I believe if they both knew they only had an hour left to live, they’d want to spend it in Coke World's tasting room, where you can have your fill of over 60 different sodas from around the globe!

The World of Coca-Cola is located adjacent to the Georgia Aquarium and near the CNN Studios. Atlanta is one of our great Southern cities. Consider purchasing the City Pass and seeing all Atlanta has to offer. While you’re there, go by The Varsity and order a Frosted Orange for me!

Not only do people world-wide love to drink Coke, but we’ve also managed to work it into a few of our recipes, too! Coca-Cola Cake is my kids' favorite cake, and they always request it for their birthdays. Because it's so rich, I usually only make it for these celebrations. M.C. saved her "Birthday Coca-Cola Cake" until today, when her friends were over to eat it with her. They all said they really liked it, too! 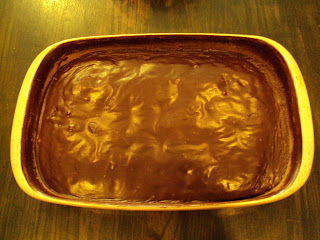 There are many versions of this recipe. This is the one we like best.

Preheat oven to 350 degrees.
Coat a 9x13 baking dish with cooking spray.
Sift together the flour, sugar, soda and salt.
Heat to boiling point the butter, cocoa and Coca-Cola.
Add to the flour mixture. Stir to blend.
Add buttermilk, eggs and vanilla. Stir with a spoon until well blended. Batter will be thin. Pour into prepared baking dish. Bake for 30-35 minutes. Ice while hot.

Heat to boiling point the butter, cocoa and Cola-Cola. Add confectioners' sugar and vanilla; stir to blend. Using a fork, make holes in the hot cake and pour the hot icing over it.
Posted by Connie on Wednesday, June 24, 2009